Osaka Prefecture confirmed a daily record of 918 coronavirus infections Saturday, the prefectural government said, as Japanese authorities have been facing an uphill battle to control the spread of the virus ahead of this summer’s Tokyo Olympics.

In Tokyo, meanwhile, the metropolitan government reported 570 daily cases, the highest since a state of emergency in the capital was lifted last month.

The central government on Friday expanded the list of prefectures that require stringent coronavirus countermeasures to curb rising infections without declaring a state of emergency, newly adding Tokyo, Kyoto and Okinawa. 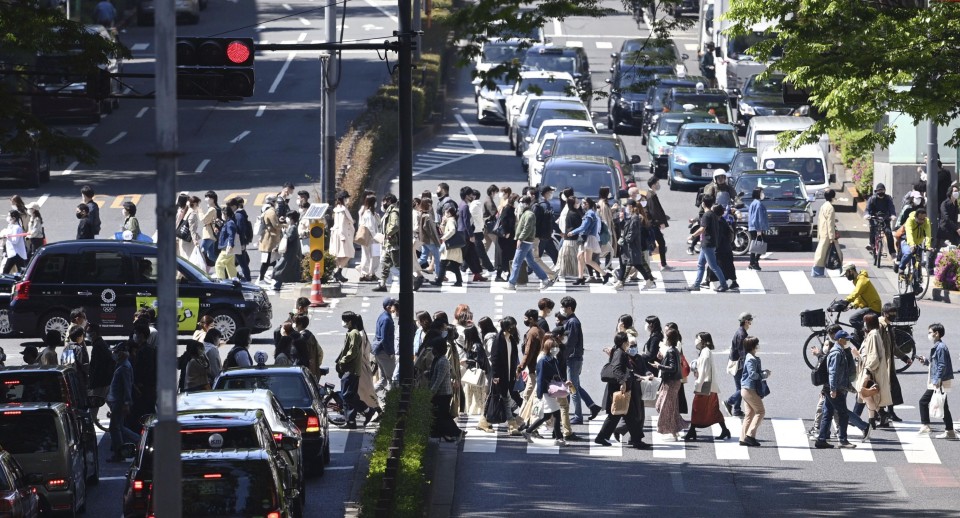 People wearing masks to protect against the novel coronavirus walk in Tokyo’s Harajuku area on April 10, 2021, the first Saturday after the Japanese government designated Tokyo and Kyoto and Okinawa prefectures as requiring stronger measures to fight COVID-19. (Kyodo) ==Kyodo

The quasi-emergency measures, which include requests for shorter operating hours at eateries and can be applied to narrower areas than an entire prefecture under a state of emergency, had been already introduced in Osaka, Hyogo and Miyagi.

But critics doubt the effectiveness of such limited measures, given growing signs that some areas are entering a fourth wave of the virus.

The most recent indicator released by the health ministry on the infection situation in each prefecture showed that the conditions in Osaka, neighboring Hyogo and Nara in western Japan, as well as Miyagi in the northeast, have reached Stage 4, the worst level on the central government’s scale that warrants declaring a state of emergency.

Osaka and the wider Kansai area have experienced a surge in the number of people infected with COVID-19 variants, seen as more contagious. Hyogo also reported a daily record of 351 infections on Saturday.

Okinawa’s situation was also judged as equivalent to the worst stage while Tokyo and Kyoto were at Stage 3.

Japan last month fully lifted its second state of emergency over the novel coronavirus that had been in place since January in Tokyo and some other regions before the torch relay for the Olympics began in the country.

Despite concerns about the resurging infections, large numbers of people on Saturday flooded transport hubs in major population centers across Japan. 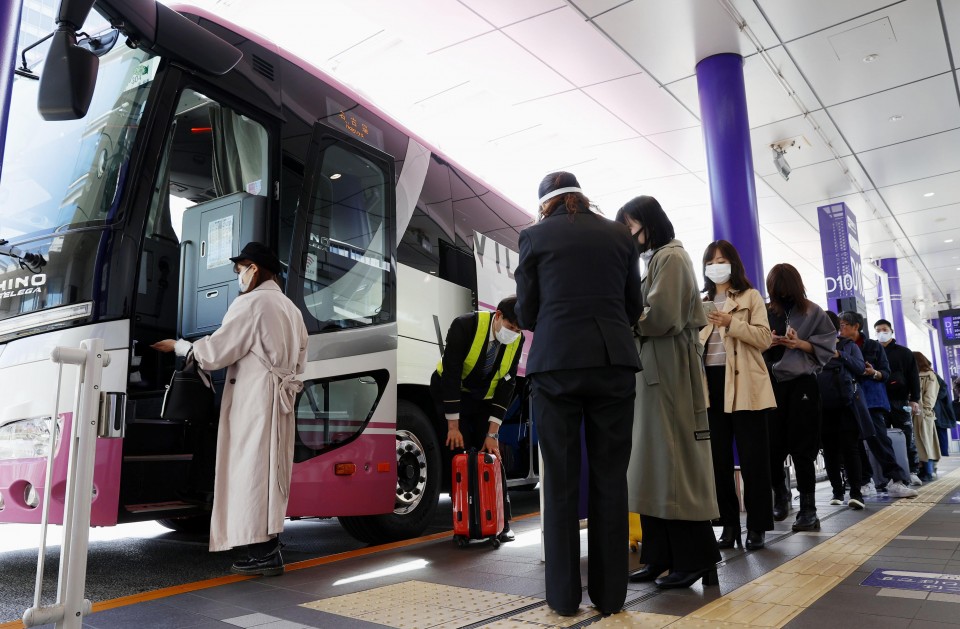 The government response puzzled some travelers while others questioned the need for authorities to ask people to refrain from traveling across prefectural borders.

“I did not expect measures would be extended to Okinawa,” said a 52-year-old woman as she readied to depart Tokyo’s Haneda airport on a two-day trip to the popular tourist destination in Japan’s south.

“I’ll keep my fun to a minimum,” added the woman who lives in Utsunomiya, north of Tokyo.

A 49-year-old man from Saitama Prefecture, near Tokyo, expressed frustration while waiting to travel to Fukuoka in Japan’s southwest to attend a memorial service with his wife and three children.

“I cannot miss it, so I have to go even under such a situation,” the man said at the airport.

He questioned whether the government’s decision to impose a quasi-state of emergency over the virus is worthwhile, saying, “I’ll just have to make sure to wear a face mask and disinfect thoroughly.”

The airport and the Shinjuku Expressway Bus Terminal were busy with travelers seemingly ignoring the government’s request for people to not make unnecessary outings due to the worsening situation.

At the express bus terminal near Shinjuku Station, Rieko Fukushima, a 59-year-old woman heading for orchestra practice in Chiba Prefecture, east of Tokyo, said her group shortened their practice plans but did not cancel them.

“I have worries, but I want to build relationships with others in the orchestra,” Fukushima said.

In the capital’s bustling Harajuku district, home to the world-famous Takeshita shopping street, many young people and families were shopping and eating out, although the area is still less crowded than before the pandemic. 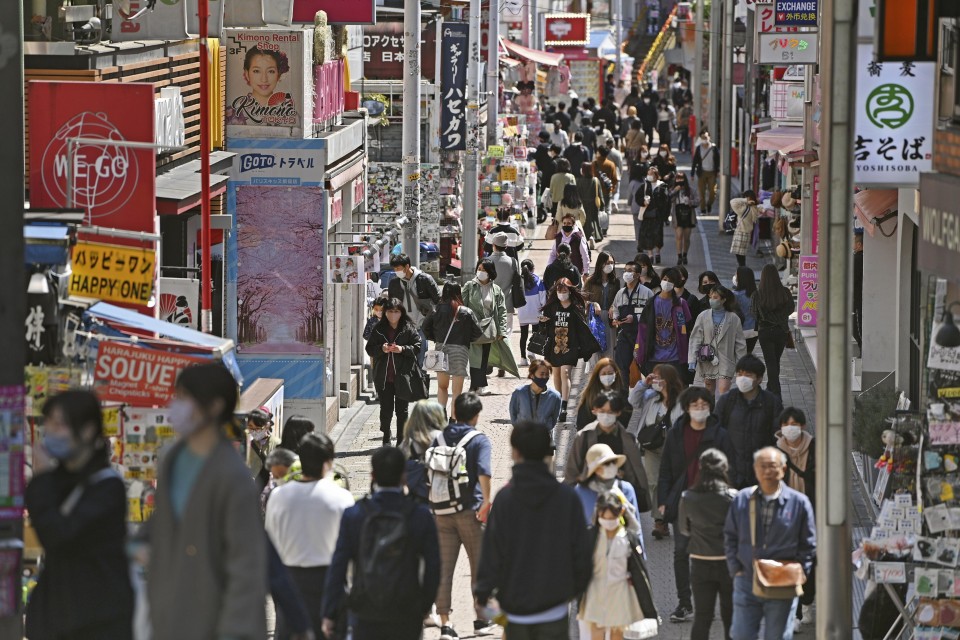 “I don’t know the difference between the measures this time and from the state of emergency, so I don’t know what to do,” said a 19-year-old vocational school student who was shopping with her friend. “I don’t think politicians have fully explained the issue to us.”

The quasi-emergency measures will come into effect Monday and last through May 5 for Kyoto and Okinawa, and May 11 for Tokyo.

In Osaka, Hyogo and Miyagi, the measures are set to run through May 5.

Authorities in the designated prefectures can ask restaurants and bars in densely populated areas to close by 8 p.m. under the countermeasures, which carry a fine for noncompliance.