Had Omicron? You’re unlikely to catch its rising variant

Good news for the pandemic-weary: a study1 shows that previous infection with the widely circulating BA.1 version of the Omicron coronavirus variant provides strong protection against its relative BA.2, which is growing in prevalence. The results suggest that BA.2 is unlikely to cause a major wave of infections in communities that have experienced a BA.1 wave.

“When I read it, I said, ‘This is definitely reassuring,’” says Eric Topol, a genomicist at Scripps Research in La Jolla, California. The study, which was published on the preprint server medRxiv, has not yet been peer reviewed.

Since the Omicron variant was identified in November 2021, its BA.1 subvariant has dominated in most parts of the world. In the past few weeks, however, the proportion of cases attributable to BA.1’s sister subvariant, BA.2, has begun to rise. 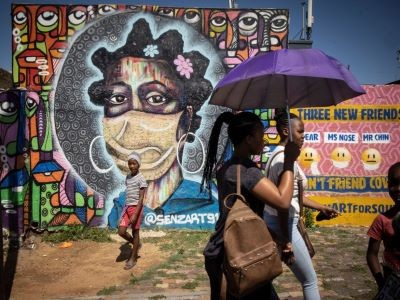 Where did Omicron come from? Three key theories

The two strains diverged around a year ago — months before scientists identified them — and they have since accumulated substantial genetic differences, leading scientists to wonder whether BA.1 infection would provide protection against BA.2. Earlier this month, researchers found that the BA.2 subvariant spreads more quickly than BA.1. It also causes more severe disease in hamsters — a common model for studying respiratory illnesses — than does the BA.1 subvariant2, raising concerns that it would cause another spike in cases.

To investigate such worries, Troels Lillebaek, a molecular epidemiologist at the State Serum Institute in Copenhagen, and his colleagues plunged into Denmark’s extensive medical registries. Close to two million Danish residents tested positive for COVID-19 from late November to mid-February, but only 1,739 people had results classed as a reinfection: two positive tests separated by 20–60 days.

The BA.2 subvariant has been proliferating in Denmark since the start of this year, and currently comprises about 88% of all coronavirus cases. But Lillebaek says the wave of BA.1 that preceded BA.2 is offering protection. “There’s a build-up of immunity at the moment that is preventing a disaster,” he says.

Sarah Otto, an evolutionary biologist at the University of British Columbia in Vancouver, Canada, says these findings are consistent with other recent studies. For example, two laboratory studies2,3 have shown that antibodies against BA.1 can protect cells from infection with BA.2, and a UK survey of reinfections in early February did not identify any cases in which a BA.2 infection followed a BA.1 infection. “If BA.2 arrives in a community late, when the BA.1 Omicron wave is nearly over, immunity by Omicron infection and/or by boosting is likely to keep BA.2 from driving a second Omicron wave,” Otto says.

Hope for a reprieve

Topol says the study’s results mean that many communities can relax. “Instead of thinking that [BA.2] is the new bad variant, I think we can put that aside. I see it as not a worry,” he says.

Lillebaek says the study provided one extra piece of good news: it supports the idea that vaccines provide protection against Omicron, including BA.2. “It’s predominantly young, unvaccinated persons where we see this reinfection with BA.2. It kind of indicates that vaccination does give you some protection,” he says.