These are the pockets of the US most at risk as the Delta Covid-19 variant spreads, expert says

The Delta variant, a strain of Covid-19 believed to be more transmissible and dangerous than others, is likely to break out in some US communities, a health expert told CBS’s Face the Nation.

“It’s not going to be as pervasive,” Dr. Scott Gottlieb, former commissioner of the US Food and Drug Administration, told the station Sunday. “It’s going to hyper-regionalized. There’s certain pockets of the country where you’re going to have very dense outbreaks.”
Those pockets will be ones with low vaccination rates and low rates of prior infection, Gottlieb said, like in many rural and southern communities. 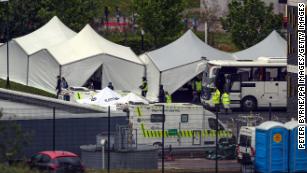 According to the US Centers for Disease Control and Prevention, 46.1% of the total US population has been vaccinated against Covid-19. Alabama, Arkansas, Louisiana, Mississippi and Wyoming are among the states with the lowest vaccination rates, with less than 35% of their population fully vaccinated.
The national figure is far from the 70 to 85% of the population experts including Dr. Anthony Fauci estimated would likely need to become immune through vaccine or prior infection to control the virus’ spread — and with vaccine rates declining, some officials worry the US will not get to that threshold.
To get ahead of a potential outbreak, Gottlieb recommended governors build up health care resources in vulnerable communities and leaders to adopt a grassroots vaccination campaign for the fall.
“People who are going to be convinced to get vaccinated by Tony Fauci, or the surgeon general — or me for that matter — probably are already vaccinated,” he noted. “We need to get vaccines into the hands of doctors, make it easier for doctors to supply vaccines in their offices.”
Though the rate of vaccination may be slowing, Gottlieb said he’s optimistic that some unvaccinated Americans will soon make the decision to get the vaccine as they go back to work and school in the fall.

In Arkansas, where only33.9% of residents are fully vaccinated, Gov. Asa Hutchinson is encouraging residents to be inoculated — and preparing contingency plans to deal with a potential outbreak.
Along with low vaccination rates, Arkansas is seeing high numbers of hospitalizations, Hutchinson told CBS.
“We’ve got to make sure we do everything we can to get the word out, which we have. We have used incentives that have not been very successful. We’ve obviously done marketing for our vaccines. We are educating, doing everything we can. And we’re up to 50% of adults already are vaccinated, but we’ve got to get that higher. We’re doing everything we can to encourage that,” the governor told CBS John Dickerson Sunday morning in an interview.
The state offered incentives ranging from $1 million prizes to $20 lottery scratch-offs and $21 certificates with the Arkansas Game and Fish Commission, which could be redeemed for a fishing license or a hunting/fishing license. More than $19 million in total cash prizes were offered as incentives, a lottery official told CNN last month.
States like Arkansas are hoping to stave off the pressure health care systems in Missouri are feeling, as many hospitals haven’t fully recovered from previous Covid-19 spikes. 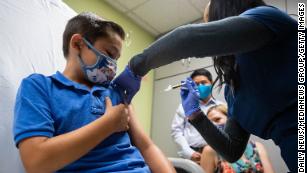 ‘Step up and get vaccinated’: How adults should protect children from Covid-19 variants, expert say
“Both hospitals here in town are stretched,” said Erik Frederick, chief administrative officer at Mercy Hospital Springfield in Springfield, Missouri, said last week.
Despite an increasing number of hospitalizations, Hutchinson said he does not think strict limitations are needed again to prevent the spread of the virus because people are more informed of how they should act. However, he did not rule out imposing any restrictions.
“People know what to do. they’re instructed in it, and we’re having to count upon their individual responsibility to do the right thing,” he said.
Still, Hutchinson said that he is concerned about a winter facing the Delta variant.
And when it comes to increasing the urgency to get vaccinated, he said, “if incentives won’t work, reality will.”

Fortunately, evidence so far points to the US being equipped with powerful tools to protect against the Delta variant’s spread.
The UK is about a month or two ahead of the US when it comes to the spread of the Delta variant, Gottlieb told CBS. That means the US has some helpful data to make predictions before a potential outbreak. 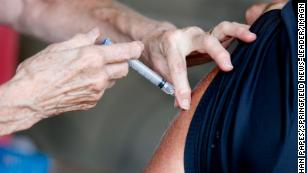 ‘Please get your second shot,’ top health official urges as Delta variant remains a pressing threat
From that data, health experts estimate that the Moderna and Pfizer/BioNTech vaccines are about 90% effective at preventing illness and 94% effective against severe illness and hospitalization from the Delta variant, said CNN medical analyst Dr. Jonathan Reiner.
“The problem is we don’t have the same data for the Johnson & Johnson vaccine in the US,” he added.
Although about 12 million people have received the single-dose vaccine, health experts do not yet have data on how it protects against the Delta variant. Reiner said he hopes the CDC will soon answer questions about Johnson & Johnson’s effectiveness and what those who received that vaccine should do to protect themselves against the variant.
“We have two very effective vaccines against the Delta variant, and if the Johnson & Johnson vaccine is significantly less effective than we should stop giving it,” Reiner told CNN.
Source: here