The CDC is now sequencing about 3,000 samples a week

(CNN)The US Centers for Disease Control and Prevention hopes to more than double the number of coronavirus genomes sequenced to watch for new mutations in the US over the next two weeks, a top official said Sunday.

The CDC is now sequencing about 3,000 samples a week and hopes to more than double that to about 6,500 per week, according to Dr. Gregory Armstrong, director of the Office of Advanced Molecular Detection at the CDC’s National Center for Emerging and Zoonotic Infectious Diseases.
Scientists sequence the genome — the entire genetic map of the virus — to find mutations that could affect how the virus spreads. 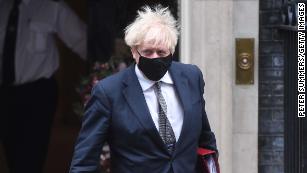 UK Prime Minister ‘reconciled’ to tougher Covid-19 restrictions as cases soar
British scientists found a new variant of the virus was spreading there and say the pattern of mutations makes it more easily transmitted, although it does not appear to cause more severe disease.
It’s now been found in at least 37 countries, including in the US, where cases have been identified in California, Colorado and Florida.
“It’s important that we monitor the virus and that we be able to pick up these trends that have implications for public health and clinical medicine,” Armstrong told CNN.
To ramp up the sequencing, the CDC gave about $15 million to state health labs in December. In September and December CDC granted about $8 million to seven university labs and expects to give money to more university labs in the next few months, Armstrong said. He added that the agency has also made contracts with Illumina and Labcorp, two private labs, to do genomic sequencing.
The US has been criticized for not sequencing enough virus samples. 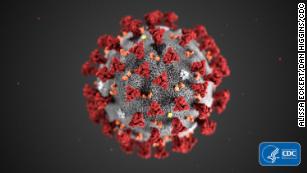 Colorado officials suspect they’ve found a second case of UK coronavirus variant
Since the beginning of the pandemic, the US has submitted about 57,000 genomic sequences to GISAID, a centralized database used by countries around the world. In comparison, the UK has had far fewer infections but has submitted about 141,000 sequences.
Armstrong noted that the UK and some other countries have a more centralized system for doing sequencing, while in the US several different types of labs — federal, state, academic, and private — are doing the work.
“It’s a somewhat patchy system,” Armstrong said.
A World Health Organization official said results are expected this week from labs that are studying whether the new variant first identified in Britain might pose a challenge to coronavirus vaccines.
Scientists in the UK and elsewhere have taken blood from people who have been vaccinated and are testing it in the lab to see if the antibodies created by the vaccine protect against the new variant, according to Maria Van Kerkhove, the WHO’s technical lead for coronavirus response. 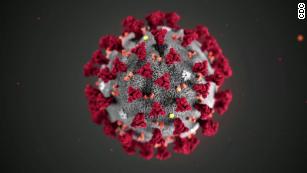 Here’s what we know about the new coronavirus variant found in US
They’re also taking blood from people who have been infected with the new variant and testing it in the lab to see how well the vaccine works against it, she told CNN.
Pfizer and Moderna, the makers of the two vaccines authorized in the US, are working in their labs to see if the vaccine is effective against different variants of the virus.
On Wednesday, Dr. Anthony Fauci, director of the National Institute of Allergy and Infectious Diseases, said the immune response from the vaccines was “very likely” to protect against the new variant.
The UK variant has 17 mutations, an unusually high number.
Source: CNN